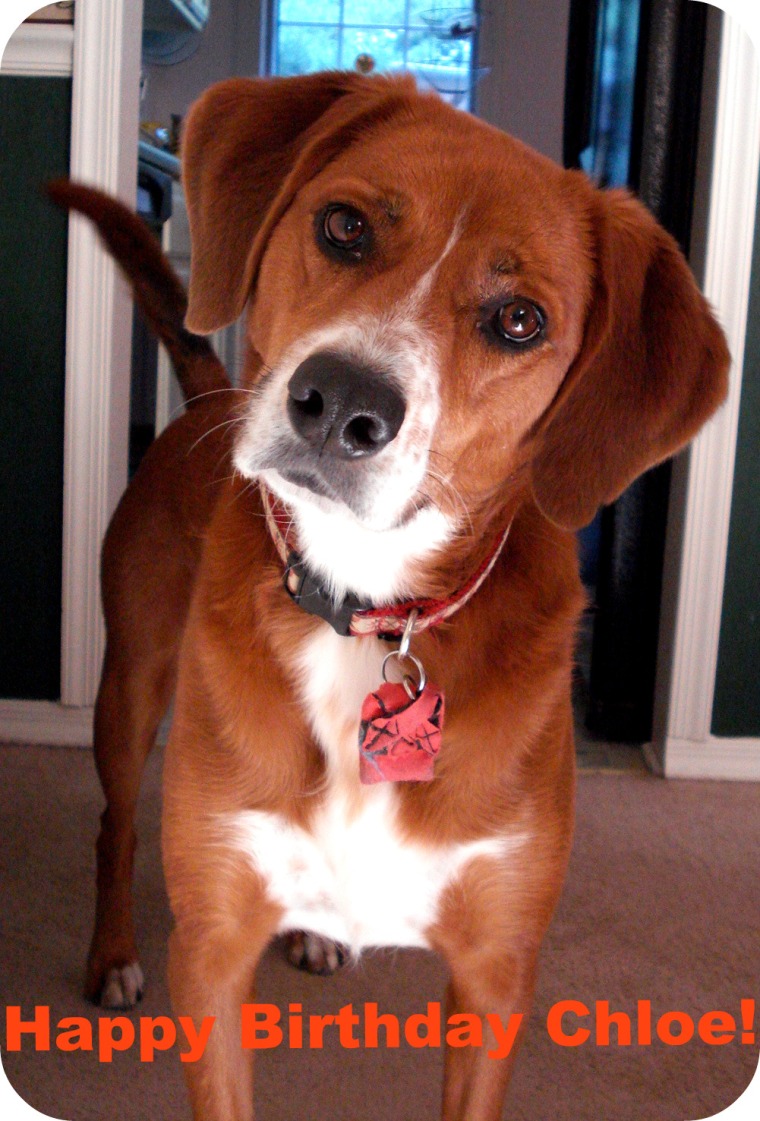 Chloe turned five-years-old on Thursday, October 1st. According to one source, that makes Chloe about 36-years-old in human years. No wonder she is perfectly fine with a Sunday afternoon nap now!

History in a Nutshell

Chloe came to Fidos For Freedom in January of 2005 as a three month old puppy.

Chloe was puppy raised by Linda O., who is a long-time Puppy Raiser for Fidos For Freedom. Chloe has an anonymous sponsor, however we have been blessed to get to know her as well over the years. Chloe’s sponsor has acted as such on behalf of numerous Fidos For Freedom dogs.

Chloe had two fantastic trainers. First she trained with Jolanthe W., and later with Pat J. Both were instrumental in helping Chloe to learn basic obedience, public deportment, and hearing alerts.

In January of 2007, I was matched with Chloe at a Wednesday night training. I’m not sure who had the happiest tail wag!

Chloe and I graduated from Fidos For Freedom at the Tux & Tails Gala in May of 2009.

I cannot imagine life without Chloe! Whether it is doing her job alerting me to sounds I do not hear, or retrieving dropped items so that I do not topple from the Meniere’s, Chloe is simply glad to be with me. She doesn’t even consider her job, “work”.

In honor of all those canine partners who assist their human with various tasks, I want to wish Chloe a very Happy Birthday!

One thought on “Happy Birthday Chloe!”