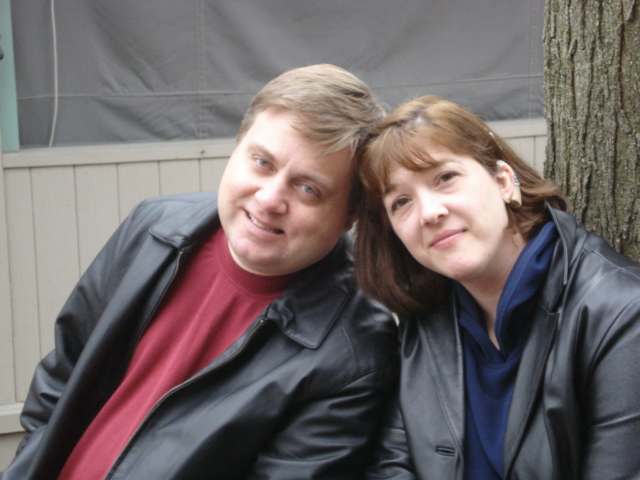 Many of my regular “readers” have asked me to post my thoughts on the Hearing Loss Association of America, and how I “feel” about the organization now that a bit of the heartache is in my “past”.

It has been difficult to sort through my personal feelings, in order to look at things objectively. Frankly, I’ve given up trying to seek an objective viewpoint as the way the Board of Trustees behaved this past Fall, DID affect me personally. I realize that I cannot pretend it did not hurt me, when in reality it did.

So as I write, I hope you’ll allow me some leeway to sort through how I feel personally as well.

I’ll never forget what HLAA’s founder, Rocky Stone, told me at the Atlanta convention in 2003. “Terry’s biggest obstacle will be the board. It has always been the biggest obstacle to any of the Executive Directors… including myself!” The last convention I saw him at was the Omaha convention. He always cared about how I felt, and how Terry was dealing with the board. Rocky is in Heaven now, and I miss seeing him at the conventions!

Many local chapter leaders of HLAA have discussed and analyzed why it is that HLAA does not grow. I have always believed that part of the reason it does not grow, is that hearing loss is an invisible disability. Those whose seek support and information, are usually those whose hearing loss has reached the level that it directly affects their communication and therefore, their lives. The disability has reached the point that it is really no longer invisible. It is difficult to hide. I had always hoped that HLAA would begin to steer it’s efforts towards “hearing conservation” and in doing so garner the interest and attention of the nation and it’s professionals.

HLAA’s median age is not that of a younger generation. Even though there are record numbers of young people with hearing loss as a result of iPods and music concerts, even though thousands of young soldiers are returning from Iraq with hearing loss, HLAA’s membership still consists of those who are older. I do not believe for a moment that those past the age of 50 cannot recruit, mobilize and educate the press, professionals, and politicians about hearing loss. I believe they can… and yet it is not happening.

Terry “inherited” a great number of problems when he became the Exec. Dir. of HLAA. Many were problems that he and I should have investigated prior to uprooting our family and heading to DC. In MANY ways, I’m glad we did not know what we know now. Our home is now in DC, and we have made a life here with our family. As the Executive Director, Terry knew that he would serve at the “pleasure of the board”. He also knew that even if escalating problems were the result of past failures and mistakes, the “buck stopped” with him as he was the current Executive Director.

I think Terry stuck it out as long as he did because bottom line, there is not a group of people he cares about more than those with hearing loss. He began to love folks with hearing loss because of me… his love grew and his determination to continue trying to make a difference happened because he met many of YOU.

Being asked to resign, is not uncommon for Executive Directors… especially those who work for a non-profit organization. As Terry had been living under a great deal of stress due to dishonest accusations for over a year, he and I had already discussed that he needed to seek a new position as the stress was no longer worth the satisfaction of working for HLAA.

The board “encouraged” him to give his resignation and told him to “take care of his family”… take his time looking for another job, etc. Warm fuzzy feelings, ya-da, ya-da. (grin) Within two weeks the president had called Terry and retracted all that the board had told him during the November meeting… a meeting where he could have had the opportunity to speak the truth about what was really going on with documented proof to back him up. He was told that his last day needed to be mid-January. As we already knew Terry’s health would not survive staying in non-profit leadership, we did our best to encourage our kids (as they were scared to death) and begin looking for “something new” for Terry’s career.

Do I still love HLAA? Of course I do! HLAA is the ONLY national consumer organization whose mission is to serve those with hearing loss through information, education, advocacy and support. The fact that HLAA’s board is “dangerous” and does indeed effect the overall health of the organization, does not change the fact that “good” is still being done across the country through local chapters and state organizations. However, board members are the key to successful development efforts. They use their circles of influence to connect development staff with funding sources.

Why do changes need to be made on the board of HLAA? If you read and research, non-profits who are really making an impact have boards whose members are experienced and influential. A good local chapter leader does not necessarily make a good national board member. It’s not meant to sound snobby – grin – but the non-profits who are really making a difference and whose cause is on the national radar, are made up of board members who have experience serving on boards… people who are presidents, vice-presidents, senior directors, and chairman.

The CEO and development staff do have an important and critical role in fund development. However, fund development begins and ends with the board of trustees. The CEO and staff need the support of the board. Boards who overreact to complaints they hear instead of supporting and giving the benefit of the doubt to the staff, ultimately affect the trust the staff has placed in them.

Healthy boards have a shared strategy and clear vision for achieving the organization’s mission. Committees are tasked with elements of that strategy, and budgeting occurs around it. Boards stop working well when new ideas and initiatives… “pet projects”… are constantly brought up as “recommendations”. Frequently, especially with small staffs, shell-shocked employees sit in the back of the room and wonder where the time and money will come from to do yet one more “pet project”.

It is also unhealthy for the majority of the board to be picked by the board, instead of voted on by the members. Yet, HLAA has a long history of members who fail to nominate and vote on national board members. It is not unheard of for a “voted in” board member to have less than 15 votes! I’ve never completely understood why the members of HLAA fail to take this task seriously. Really, the board votes on the nominations, and majority of the board members themselves because the membership has failed in this task. Stagnate and ineffective boards tend to nominate “like-minded” people, however!

So as a member of HLAA I have no confidence in the board of trustees. I love and appreciate the HLAA national staff, and likely understand better than most members what the staff does and deals with on a daily basis. Each staff member does the work of 3 or 4 different professional positions, and are paid far less than what the DC area currently pays for valued staff. Most who work there do so because they have a personal interest… they have hearing loss themselves. The board of trustees more often gets in the way of their work, than they do in making it possible for them to do their jobs with their support.

I will always love and support HLAA both financially and with my time. They have made a difference in my life, and I want to “give back” by making a difference in people living in my community who have hearing loss.

I want HLAA to succeed, to grow, and thrive. I do believe, however, that this will only happen if the board of trustees is “disbanded” and then “put back together” by professionals and experienced BOT. Right now, I think the biggest weakness in the organization which is HLAA, is the board.

My family and I are doing great! I received over 470 emails after Terry’s resignation, from members and friends that I have made over the years. Terry has a job that he loves, and I’ve every hope that I can talk my kids into supporting HLAA again one day. I appreciate the love and support that you’ve shown to us during this time!

It is important to me that my hearing teenagers love and support HLAA. Why? Hearing loss is not going away. People like myself, needing support of an organization like HLAA, need the support of the entire family. I’m so proud that my own local chapter has so many “hearing family members” attend with the one they love with hearing loss. People with normal hearing SHOULD be concerned about hearing loss in our country, and knowing and loving someone who already lives with it tends to make one support the cause.

The Walk4Hearing is a wonderful annual event. Entire families, staffs, churches, and schools unite together to walk… for hearing. I’ve never felt anything quite as wonderful as the feeling I have experienced walking with so many for a cause so worthy!

So “what does HLAA mean to me now?” I love the organization, and I want to see it grow. Just as each of YOU try to make an immediate difference in your communities, at work, and at your churches… I too try to advance the cause of hearing loss awareness and to advocate in a positive way.

Who I am has not changed. What I am passionate about is not different now. I will always have a hearing loss, and I will always care for those who share this acquired disability with me.

Thank you for your love and support!